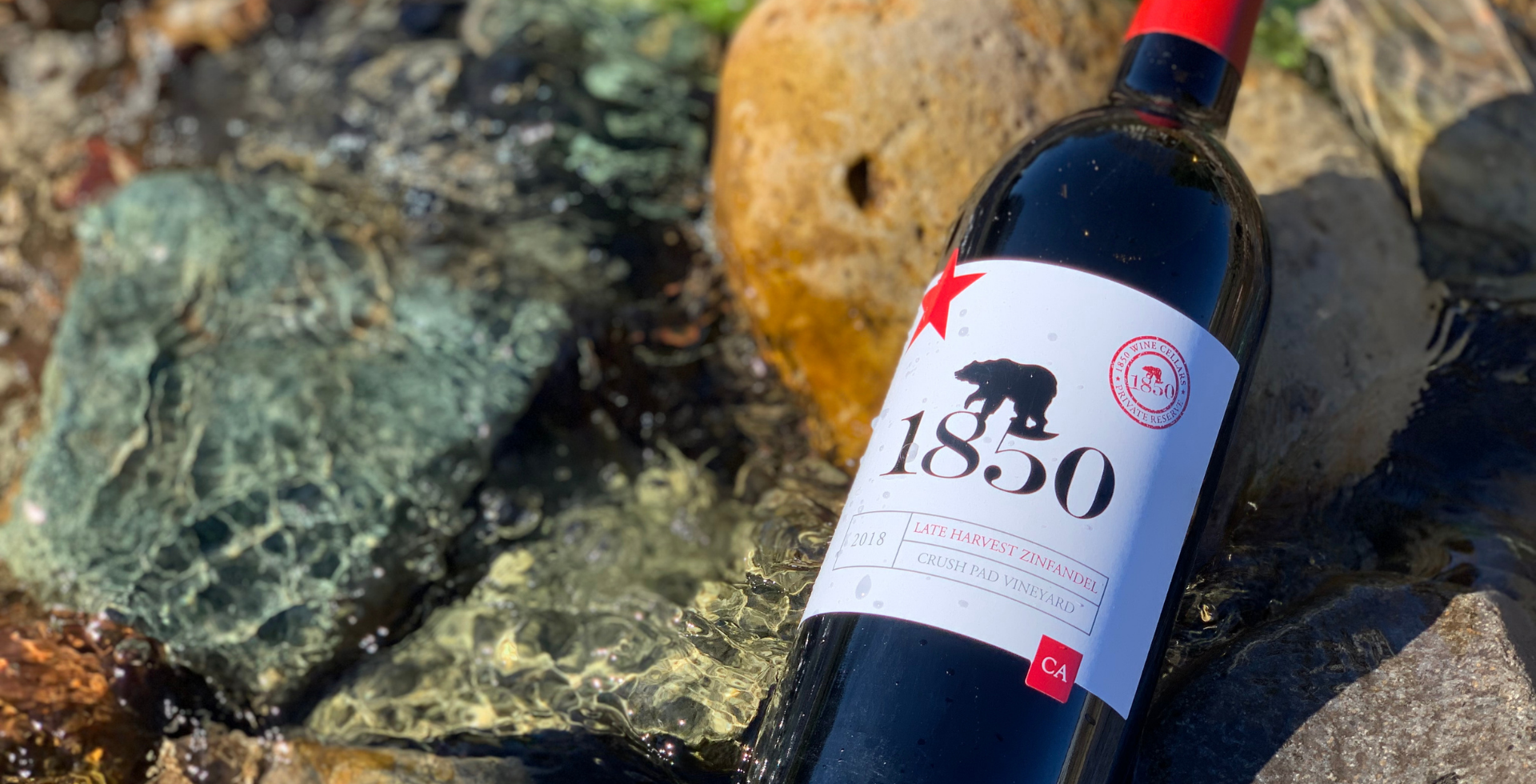 It is now established that the grape we know as Zinfandel originated in Croatia as a crossing between native grapes. It became known there as Crljenak Kaštelanski or Tribidrag. In the 1700’s the grape made its way to Puglia in Southern Italy where it proved to grow and produce delicious wines and became known by the name Primitivo. Zinfandel made its way to the United States in the 1800’s, landing in Long Island in 1829 and making its way across the country, arriving in California around 1849 as the Gold Rush started.

The Gold Rush fueled the growth of many industries in the Sierra Foothills, and wine was amongst them, with Zinfandel emerging as a favorite grape before many French grapes became widely grown. By the end of the 1800’s, Zinfandel was the most widely planted wine grape in California.

The growth of Zinfandel’s popularity weakened during prohibition in the 1920’s, during which time commercial winemaking was banned. The grapes popularity eventually bounced back, somewhat buoyed by the popularity of White Zinfandel. White Zinfandel was developed in the 1970’s at Sutter Home almost accidentally as a way to create additional concentration in their red Zinfandel by bleeding off some of the juice prior to fermentation with the skins. Today Zinfandel is the fourth most planted grape in California.

Zinfandel is considered a Black Grape due to the deep color of its skins. Its Croatian ancestry was not proven definitively until 2001, after years of research, as the field of grape DNA fingerprinting really hit its stride. It has been known as genetically identical to Primitivo for longer, though the names are not necessarily used interchangeably; many consider Primitivo to be a bit lower yielding, with more spice and blackberry notes.

Because it is a workhorse grape that can grow in a wide range of California vineyards, the quality of Zinfandel wines largely depends on climate, the age of the vineyard, as well as the winemaker’s style. Zinfandel is one of the most long-living grape vines. It's not unheard of to see vines up to 150 years old, though production drops significantly as the vines get older. Zinfandel can be quite a vigorous vine, and tends to start ripening relatively early, though unevenly, with a high sugar content. It is often left to continue ripening for Late Harvest wine production, like our ever-popular, Late Harvest Zinfandel.

The profile of Zinfandel wine tends to be richly fruit-forward with a red berry profile from cooler regions and a darker blackberry profile from warmer regions. It nearly always has baking spice and peppery nuance. On the palate it is often lushly mouth filling and full-bodied, with elevated alcohol contributing to the profile. Here in the foothills, especially in the hills of Fair Play where we grow Zinfandel around 2,300 feet in elevation, the cool nights help the grapes retain more acidity. That acid allows us to produce a particularly balanced style of Zinfandel, less prone to coming off as cloying.

Here at 1850 Wine Cellars we produce several styles of Zinfandel, including our traditional red Zinfandel and our red Late Harvest Zinfandel, with the latter left to ripen for longer on the vine ending up with higher alcohol and residual sugar. We also farm some Zinfandel just for rosé wine, harvesting it earlier at a lower sugar level and higher acidity, for a racy and pleasingly fruity wine.

Zinfandel pairs well with a variety of foods. Here are some favorite pairings: Barbecue, Thanksgiving Turkey with the fixings, meaty pasta sauces, pizza, braises and stews, burgers, steak, stuffed mushrooms and grilled veggies. Try it with our Gold Country Baked Pasta for an easy weeknight dish.

Commenting has been turned off.

We think you should